Zenfone 7, defy the ordinary once again! 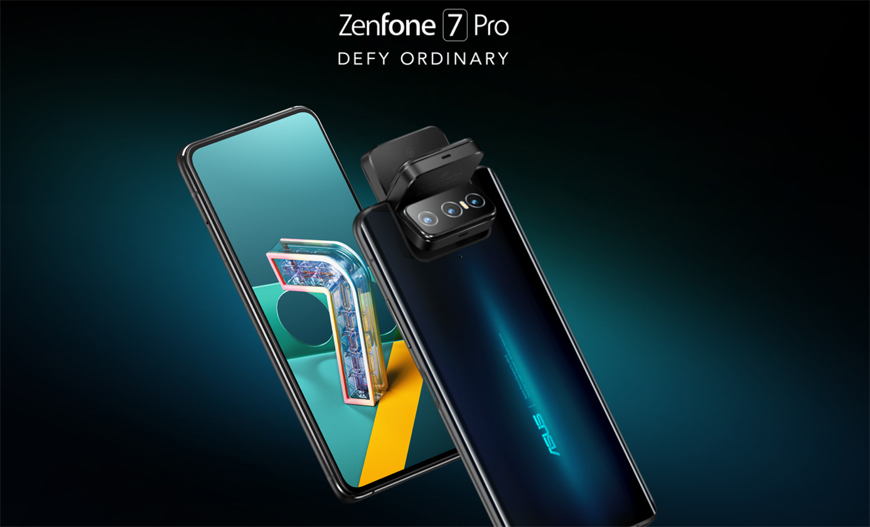 Asus has officially presented its two future smartphones, the Zenfone 7 and the Zenfone 7 Pro. As we suspected, the rotating camera is once again in the spotlight while improving its robustness and traction. 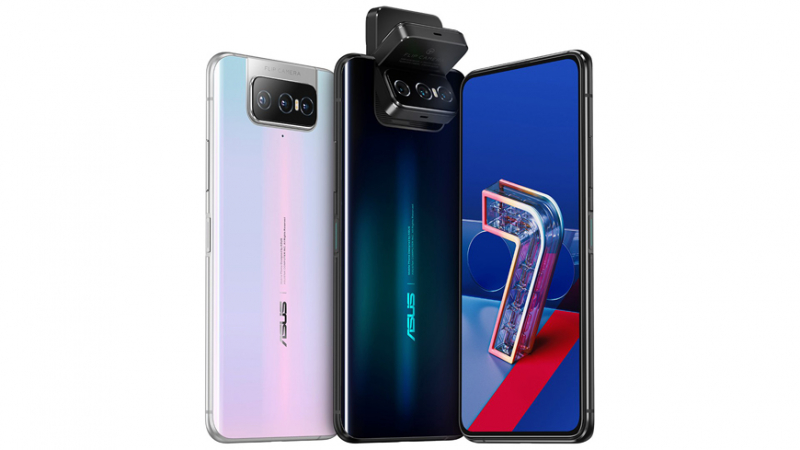 What changes on the Flip Camera of the Zenfone 6 and these new versions is that now the module integrates 3 sensors instead of 2, once again improving classic shots and selfies..

What are the differences between 7 and 7 Pro?

In terms of design, 90 Hz screen, 8GB LPDDR5 RAM and 5000 mAh battery ... the Zenfone 7 and Zenfone 7 Pro are identical. What sets them apart is more in the heart of the phone. The 7 Pro also incorporates a Qualcomm Snapdragon 865+ chip (for the 7 it will be the 865 version without the +), an optical stabilization for its photo module (without for the 7) and an internal storage space of 256 GB while the 7 integrates as for him 128 GB. Apart from these 3 differences, they are true twin brothers.

The motor of the Flip Camera module is now more powerful which allows it to move more fluidly compared to its predecessor. The interest of this innovation is to be able to choose unlimited angles of inclination.

This new traction of the Flip Camera will allow you 200,000 rotations (double the version of ZenFone 6) before it starts to show signs of fatigue, so you will have plenty to see ahead of a possible replacement. 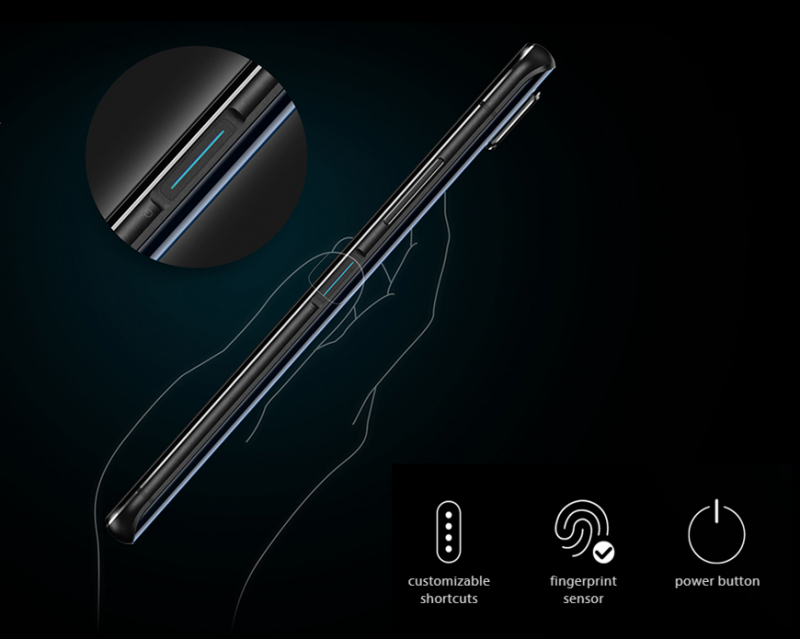 Also new is the Zenfone 7 and 7 Pro's fingerprint reader positioned on the side, exactly where the thumb naturally falls, allowing instant unlocking. A double press triggers the Smart Key feature and launches Google Assistant, the shortcut or the favorite apps action.

On the autonomy side, the ZenFone 7 and 7 Pro have a 5000 mAh battery on board, allowing it to remain active for more than 2 days in non-stop use and up to 32 days in 4G communication mode. With a Qualcomm QuickCharge 4 fast charge and a 30W charger, you will be able to recover 100% of the battery in 1h30. As for wireless charging ... it will be, we hope for a future version.

Videos worthy of a film studio

ZenFone 7 and 7 Pro will let you play with picture and rhythm like never before Asus offers cutting-edge 8K 30fps high-resolution video with electronic image stabilization (EIS) and ultra-large recording for its two new smartphones. UHD angle up to 4K. You will be able to automatically adjust the brightness and exposure to bring out all the details and colors, day or night.

The Free Zoom feature will allow you to zoom smoothly into any part of your video, so you can give your videos a cinematic feel worthy of a professional filmmaker. 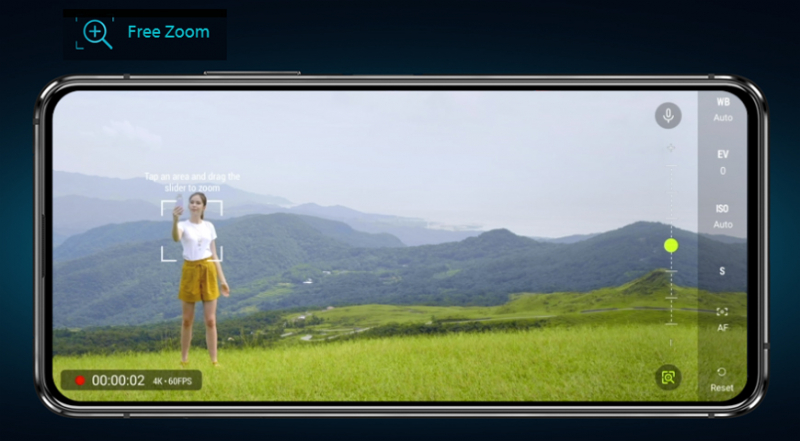 By integrating a wind detection algorithm, Asus engineers enabled the phone's microphone to automatically filter the noise produced by the wind blowing in order to ensure that every word, during an interview for example, is recorded very clearly and intelligibly.

As for the Mic Focus function, it automatically follows the zoom of the camera to amplify the sound of the zoomed subject.

In addition to the glazed back shell, the Gorilla Glass 6 class front glass, a Gorilla Glass 3 metal surround, two colors should be offered: Aurora Black or Pastel White 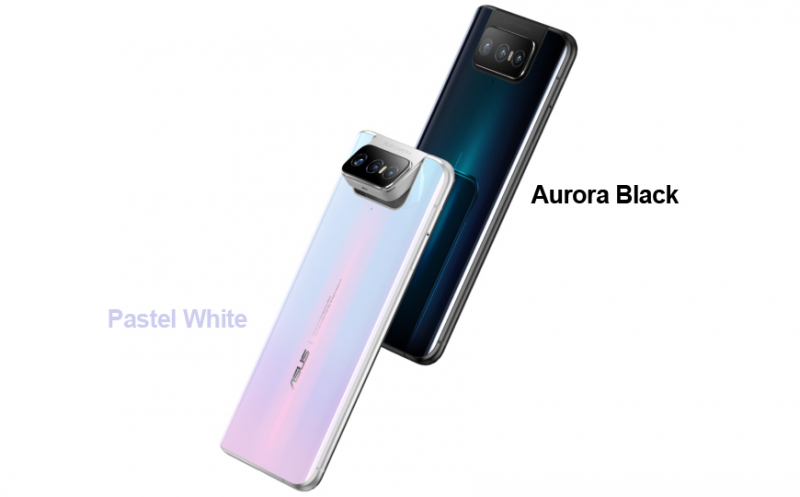 No doubt, this family 7 has everything to make us addicted.

Regarding the prices of the different versions, the ZenFone 7 will be around 699 € as for the 7 Pro version it will be marketed around 799 €

ZenFone 7 and 7 Pro are available on our site
Share
News
Beware of fire hazard ... Choose an original Asus charger! 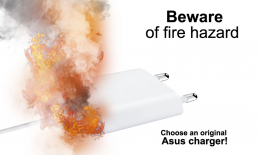 Smartphone chargers have made a significant contribution to our daily lives, and it is not uncommon for us to have more than half a dozen per household. These small devices that provide us with such...
Show more
Payment secured
Credit card, check, Paypal and transfer
FedEx delivery In 24h
Get it delivered to you in 24 hours with FedEx
Free withdrawal the same day
Pick up your package at the warehouse in Septemes (France-13240)
Payment 3x free
Simple, immediate and free
Accessoires Asus All rights reserved © 2017 Powered by Net Invaders