THE DIFFERENT TYPES OF USB PORT

What are the different types of USB ports?

The USB (Universal Serial Bus) is, presently, the most used computer port for digital data exchange and often used to connect peripherals to a PC.

This is a "plug and play “connection which signifies that the connection between the device and the PC is instantaneous and doesn’t require a reboot (the need to shut down and restart the computer).
Over time, the USB standard has steadily improved. When it was created in the mid-90s, the USB 1.1 allowed a transfer rate of 12 Mbit/s ... A little less than 20 years later the USB 3.1 Gen 2 reached a transfer of 10 Gbit/s.

In the last 17 years, the transfer rate of the USB ports has grown exponentially, moreover… the shape of the USB connectors has also been improved and adapted to the meet the demands of the new generation of peripherals which are constantly evolving (only the USB 1 and USB 2 connectors have remained unchanged). 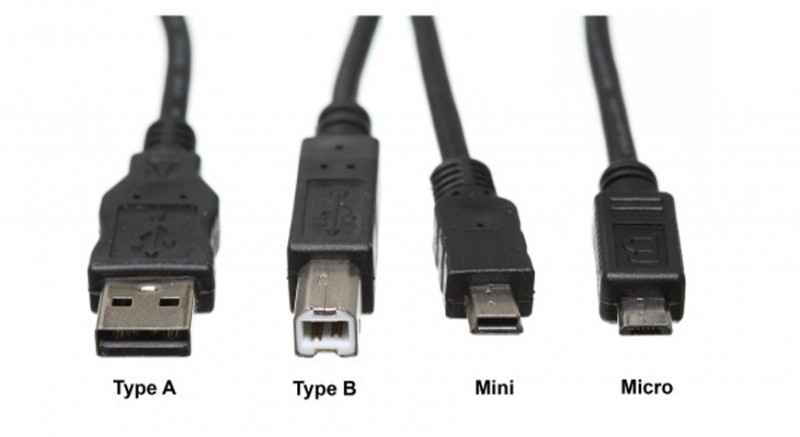 In the first instance, two connector standards were introduced (i.e. Type A and Type B) in order to avoid any incorrect connections between the computer and the peripherals.

Then in the early 2000s, with the emergence of compact devices such as APNs or mobile phones, the ports were miniaturized, so we saw the advent of USB 2.0 with Mini-A and Mini-B ports.

By the end of the 2000s the connected devices were getting smaller and their connections too ... So we went from the Mini USB to the Micro USB. And as the transfer rates increased, we had to move to the USB 3.0 standard.

In 2014 the industry introduced the USB Type-C connector to replace the previous connectors, the particularity of this connection is that it is reversible (there is no longer any sense up / down), which made connecting small peripherals more convenient.
Another advantage of the USB Type-C connector is that it is able to transmit audio and video signals that notably require very high transfer rates.

The USB-IF engineers have agreed, in an effort to consolidate and simplify all of the different standards, transfer rates, and connectors, on 5 definitive types:

Find all the USB connectors available on our website